-A new “Phial” heraldic charge that increases research speed by one third.
-Fill paint button now paints externals like doors, and you can click on the button while holding down space to paint all decals at once.
-Added one new AI ship set by Master Yoba.
-Aerial charges require fewer crew now.
-Painted decals now look nicer in the editor and in the ships list.
-Name plates now limit themselves to showing as much of the ship name as fits.
-Overwriting a ship now updates the preview in the load/save screen.
-Fixed a desync caused by playing the game in single player and then in multiplayer.
-Going into the save screen no longer causes random parts of your ship to be selected.
-Replays now support using the reserve.
-Better logic for which colours get derived from your coat of arms for paint.
-Flipped versions of modules are now merged with their un-flipped versions for combat stats.
-Destroyed tracks no longer leave “invisible ghost wheel” obstacles.
-Fixed High-Temperature/High-Pressure Jelly tech prerequisite.
-Mac users no longer type gibberish.
-New visuals for a number of weapons by YellowMiner.
In Airships: Conquer the Skies you’ll need to use all of your creativity and skill to design and build fearsome airships and land vehicles to give you the edge in massive aerial battles.
Once your vehicles are ready for the fight, you’ll give high-level commands to your small fleet, swooping, soaring, ramming and boarding others to gain the upper hand in battle. Ships and terrain are fully destructible: they can catch fire, explode, break apart, and fall, so you’ll need to choose your tactics wisely.
Face off against giant aerial kraken, fleshcracker mechs, huge venomous spiders, clockwork wasps, and more. Defeat them and reap the rewards.
Play across three distinctly different modes: taking on (or creating your own) bespoke Missions; building a mighty empire in Conquest, or destroying your friends in Multiplayer matches online or via LAN.
More info: https://store.steampowered.com/app/342560/Airships_Conquer_the_Skies/ 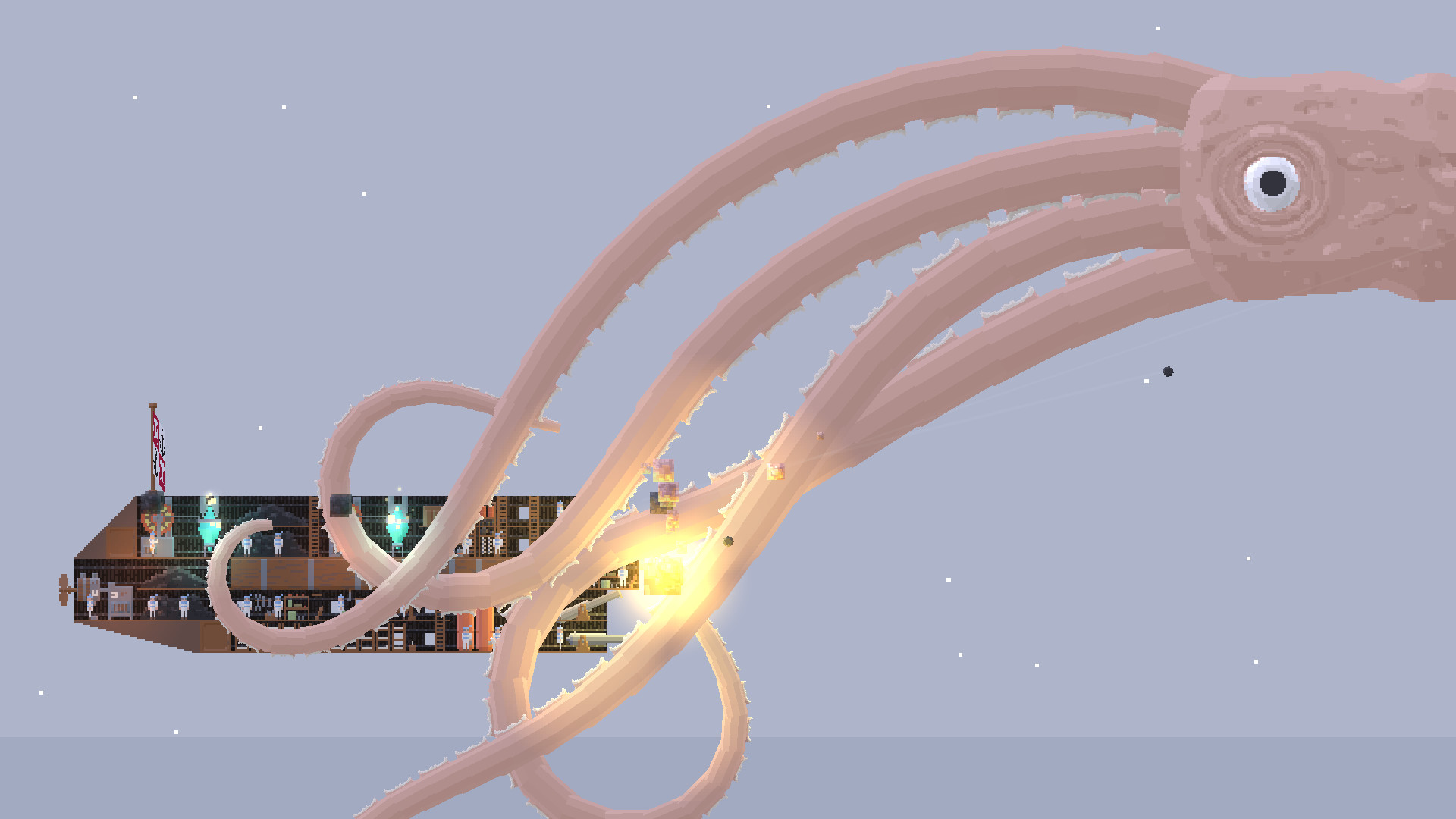