An adventure to share, full of fun, slapping and friendship.

The year is 50 B.C. Gaul is entirely occupied by the Romans. Well, not entirely… One small village of indomitable Gauls still holds out against the invaders. And life is not easy for the Roman legionaries who garrison the fortified camps of Totorum, Aquarium, Laudanum and Compendium.
Peace reigns in the small Armorican village, where the villagers go about their daily business. Our two heroes, Asterix and Obelix, hunt wild boar, the blacksmith and the fishmonger quarrel, and the village chief strolls around the village square atop his shield.
One day, the village druid, Getafix, receives a strange letter. It is from Avina Gandir, the high priestess of Thule! She warns the druid of a grave threat to his people and asks him to take a mysterious Menhir out of its hiding place…
Set off on an exciting adventure and immerse yourself in the world of Asterix! Alone or in co-op, explore the lands of the Roman empire and unravel the mystery of the Crystal Menhir and its incredible powers! 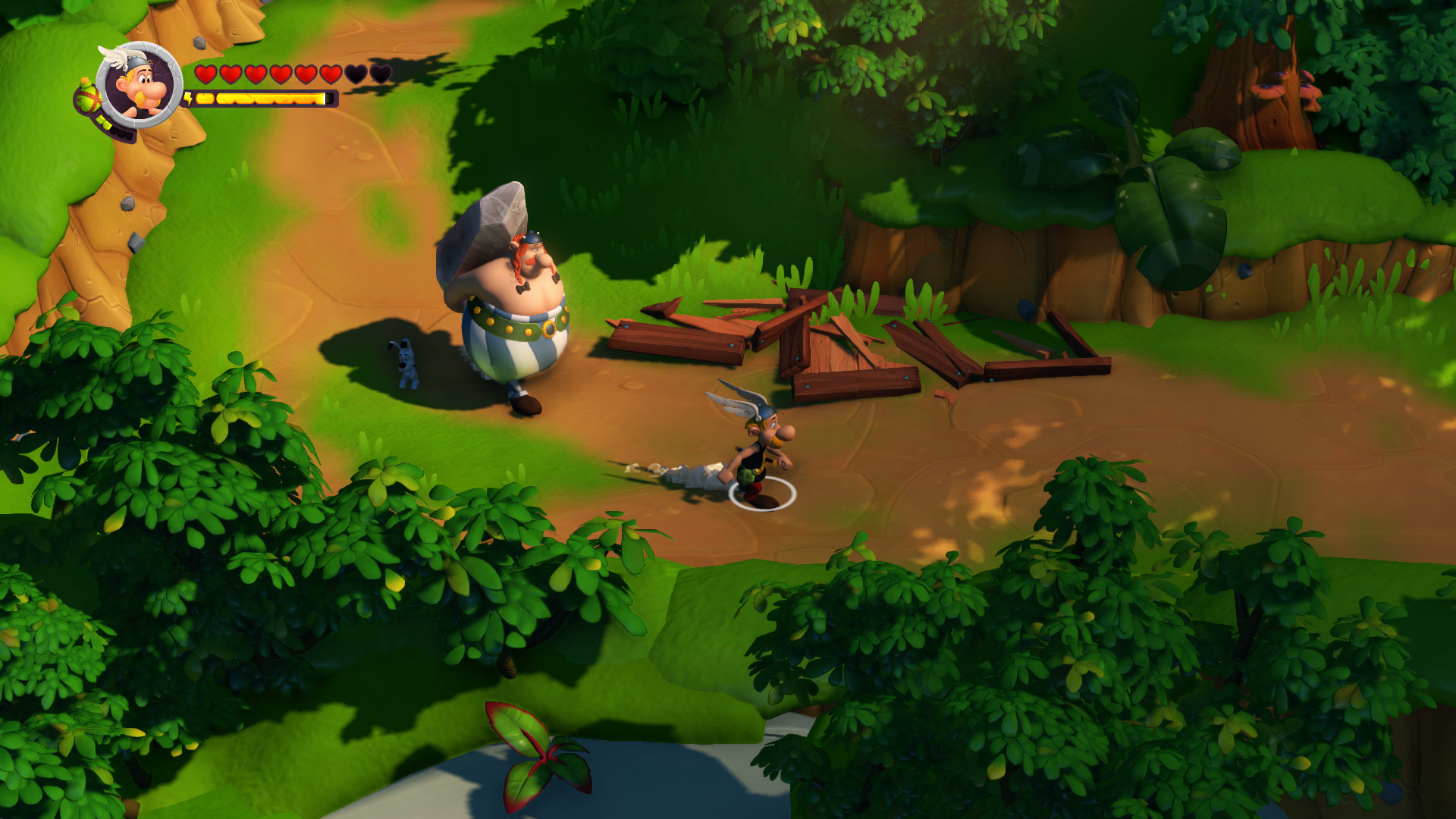