Approved by staff as early access
Barotrauma is a 2D co-op survival horror submarine simulator, inspired by games like FTL: Faster Than Light, Rimworld, Dwarf Fortress and Space Station 13. It’s a Sci-Fi game that combines ragdoll physics and alien sea monsters with teamwork and existential fear.
EMBRACE THE ABYSS
In the not too distant future, humanity has fled to Jupiter’s moon. With its irradiated icy surface, life can only be found in the ocean below. Travel through a punishing underwater world and discover what lies in the depths of Europa. Stay alert: danger in Barotrauma doesn’t announce itself.
HELP YOUR CREW SUCCEED, OR MAKE SURE NO ONE DOES
There are as many ways to enjoy Barotrauma as there are ways to die in it. Work together with your crew to achieve your goals, or brace for betrayal when you have a traitor on board. Play with friends, strangers, or your worst enemies.
EXPLORE, OPERATE, COMMUNICATE
Navigate underwater, complete missions for the last remnants of humankind, explore the ruins of an alien civilization, flee or fight monsters. Operate complex on-board systems and devices like the sonar, nuclear reactor, weapons, engines and pumps. Communication is key!
EXPERIMENT, CRAFT, CREATE
Master the complex on-board wiring and the comprehensive crafting and medical systems. Create your own submarines and monsters with built-in editors to rival the standard ones. Even tap directly into our source code and mod away.
Features
Best enjoyed in multiplayer, with 2–16 players on a submarine. Supplement your player count with bots as needed; single player also available and being developed further.
6 player classes with different skills and tasks: Captain, Engineer, Mechanic, Medic, Security officer and Assistant.
Procedurally generated map and missions with multiple game modes for virtually endless replayability.
Built-in Submarine, Character and Procedural Animation editors. Share and discover mods directly via Steam Workshop.
All data exposed in xml and the game’s source code public on GitHub.
More information: https://store.steampowered.com/app/602960 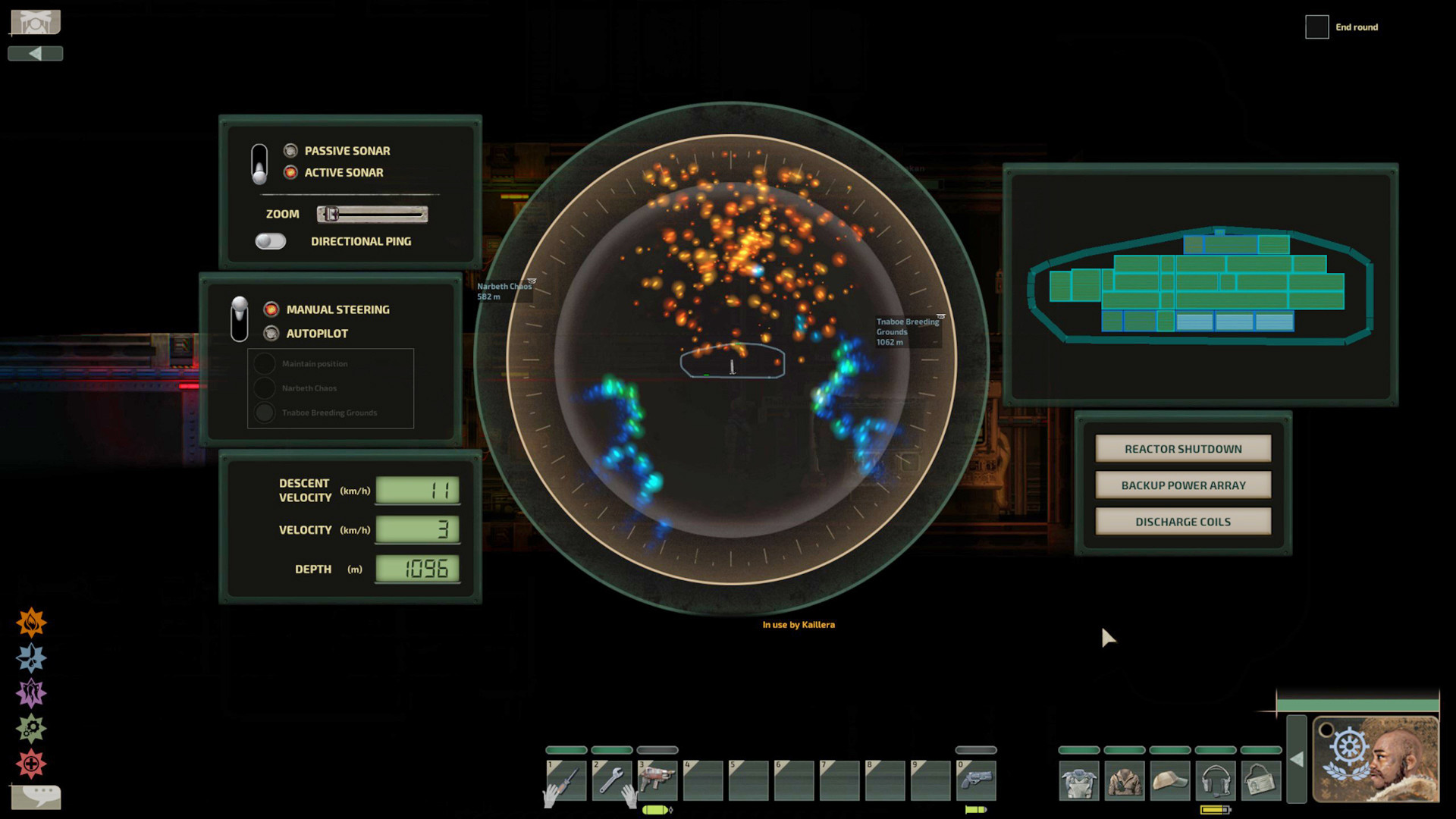