CodeRunner, advanced, very flexible and easy to use program editor, supports multiple languages, and provides a large IDE feature, while remaining light and comfortable. CodeRunner can run code in 23 languages ​​out-of-box and can be easily extended to run code in any other language. Notable features include debugging with breakpoints in many languages, the completion of the IDE-level code, and many other high-end features, making it easier than ever to record and work with the code.

Advanced Code Completion Any programmer knows the importance of good code completion. That’s why CodeRunner supports the full completion of the IDE code level for most languages, including fuzzy search, bookmarks optionally aggregates and fragments of documents.

Running the code in any language

Debugging with Breakpoints It’s easy to break when your code is not working properly. New in CodeRunner 2.2, you can set breakpoints and step through the code line by line. Just click on the text margin to set a breakpoint and start debugging. Examine the call stack, view and edit local variables, and use the full power of the debugger by issuing commands debugger. Debugging code has never been so easy.

Version 3.1: Significant changes in v3.1 include:

Notable changes in v3.1 include:

Notable changes in v3.1 include: 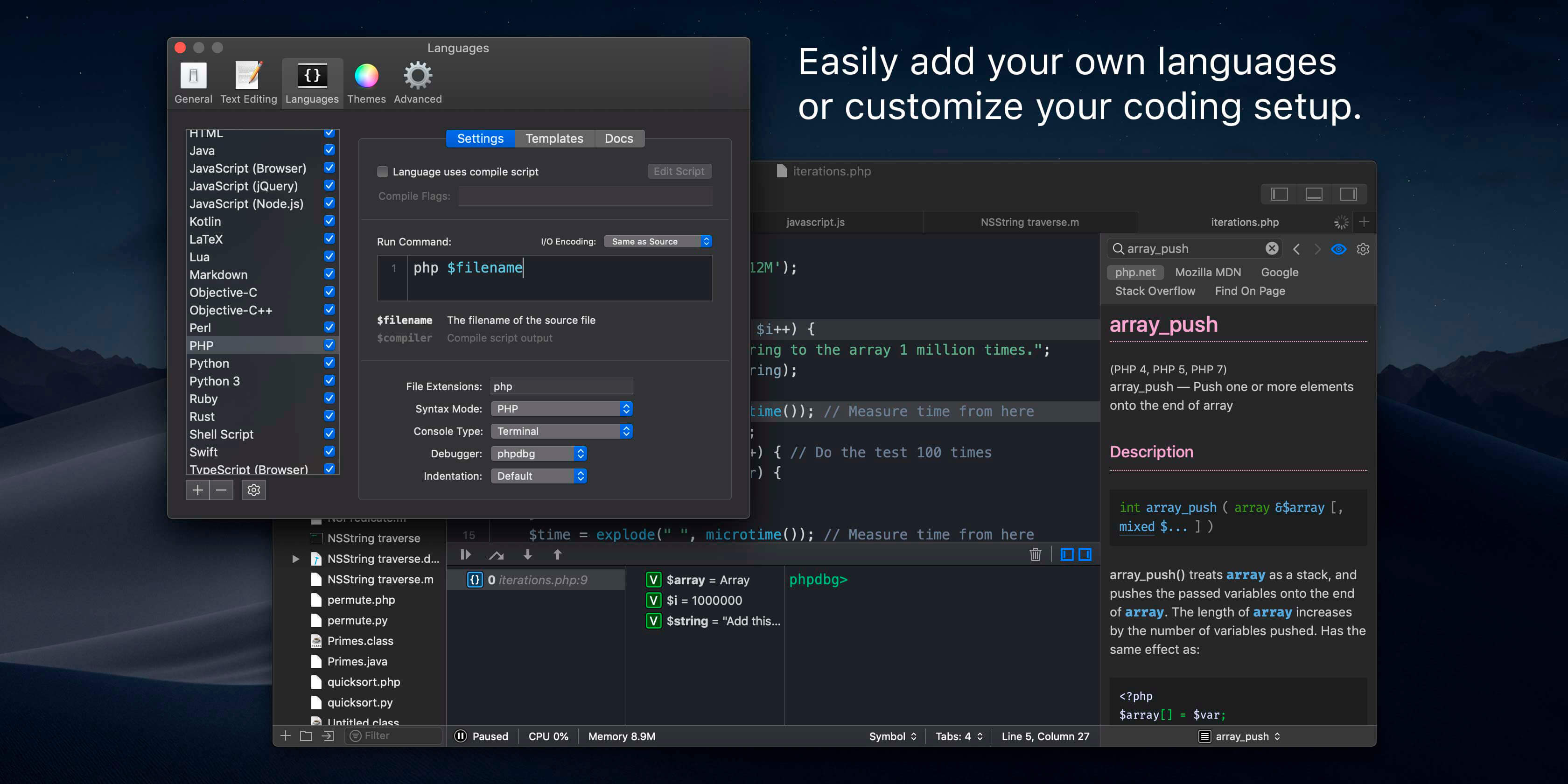 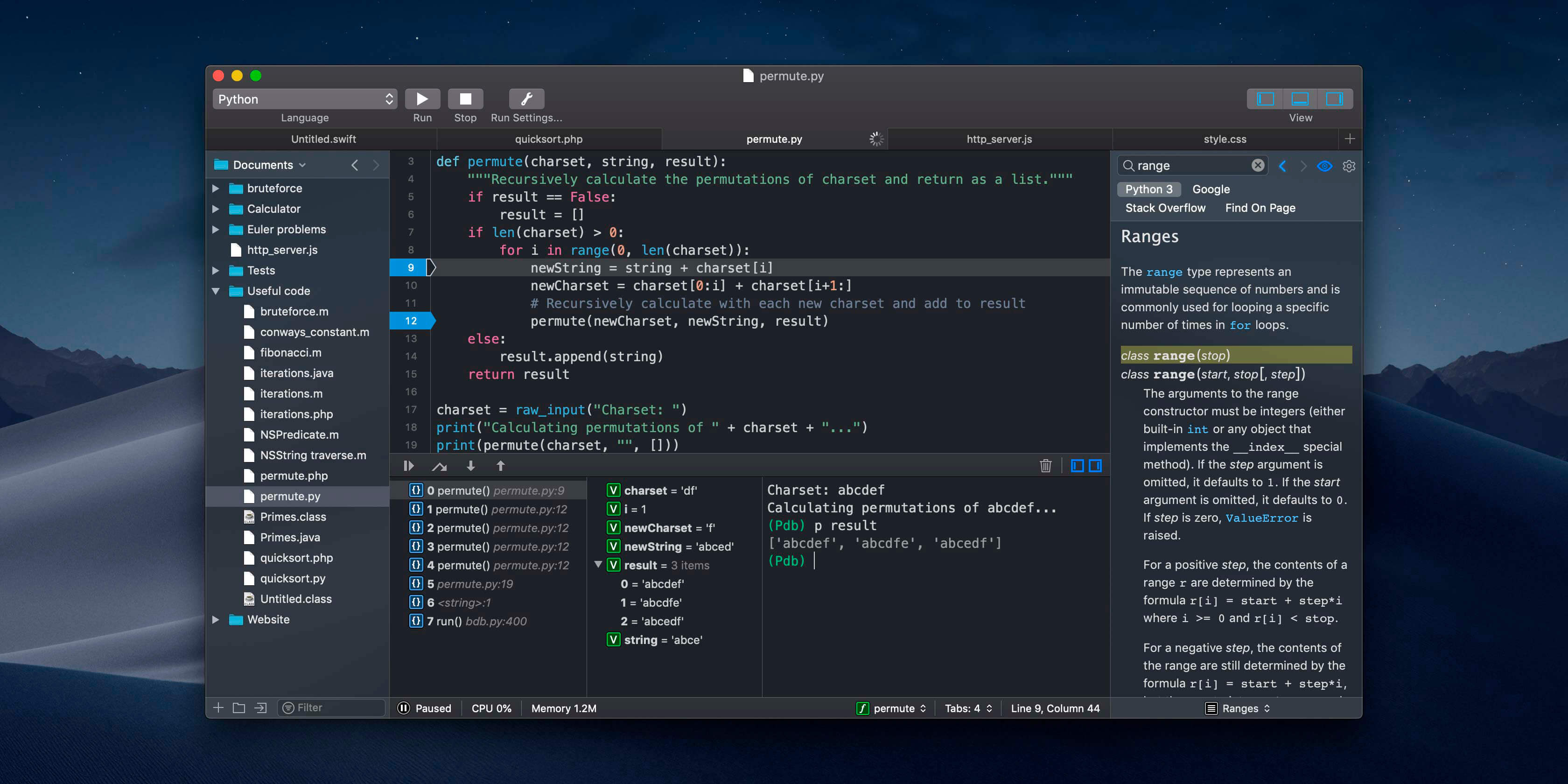