Powered by the Essence Engine 3.0, the Company of Heroes 2 series feature some unique mechanics rewarding thoughtful players. From the TrueSight™ system that emulates the units’ line of sight to the cover-system that encourages clever unit placement – not to mention the combined arms approach and the hard and soft counters gameplay that will make you think twice before trying to destroy a tank with a simple squad of riflemen – each game presents players with an uninterrupted stream of meaningful tactical choices that can turn the tide of war.
Pick Your Fight
The Company of Heroes 2 base game gives you access to two multiplayer armies from the Eastern Front: the Red Army (SOV) and the Wehrmacht Ostheer (GER). It also comes with a gritty single-player campaign that will give you a chance to familiarize yourself with the series core tenets. Step into the boots of a Soviet commander of the Red Army, entrenched in brutal frontline warfare to free Mother Russia from the Enemy invaders! Adjust your tactics to take into account the brutal weather conditions and wield the might of the Soviet Empire as you smash your way to Berlin.
Company of Heroes 2: The Western Front Armies adds two new factions from the Western Front to the roster of playable multiplayer armies: the Oberkommando West (OKW) and the US Forces (USF). While the former puts you in charge of an aggressive and powerful army with very specialized and elite units – yet in very limited numbers – the latter introduces an expeditionary corps that allows for a variety of approaches and very powerful combined arms tactics, but which inevitably falls a bit short in the heavy armor department.
Company of Heroes 2: Ardennes Assault offers a compelling single-player campaign for the USF faction revolving around the Battle of the Bulge. Engage in a dynamic non-linear campaign across the Ardennes landscape consisting of 18 scenarios, choose between three iconic companies, customize their abilities and bear the consequences of your actions as overall company health persists between missions.
Company of Heroes 2: The British Forces is the latest entry in the series and features this iconic Allied army from WWII (UKF). Experience a unique tech-tree that challenges the player to balance the constant trade-off between mobility and defense. Surprise your opponents with your development choices and an open end game configuration. Enjoy an army with character and distinctive units & abilities, from the Churchill Crocodile flamethrower tank to the RAF glider.
Features
AWARD WINNING FRANCHISE: Sequel to the highest rated strategy game of all time returns with an innovative warfare experience that will redefine the Strategy genre once more
ESSENCE ENGINE 3.0: Cutting-edge technology that increases the graphical quality and accuracy of deadly combat with the unprecedented TrueSight™ system, the ultrarealistic ColdTech™ dynamic weather that changes strategic warfare forever and improved environmental destruction
TACTICAL WARFARE: Develop and utilize your new Commander Abilities and experience the up-close moment-to-moment brutality of frontline warfare through new Dynamic Battle Tactics
INTENSE ONLINE COMBAT: Featuring the great competitive and co-operative multiplayer that fans have grown to expect from this high-quality and critically acclaimed franchise
MULTIPLAYER ARMIES COMPARISON: Find out the multiplayer army (and associated game/standalone) that suits your play style.
More information: https://store.steampowered.com/app/231430 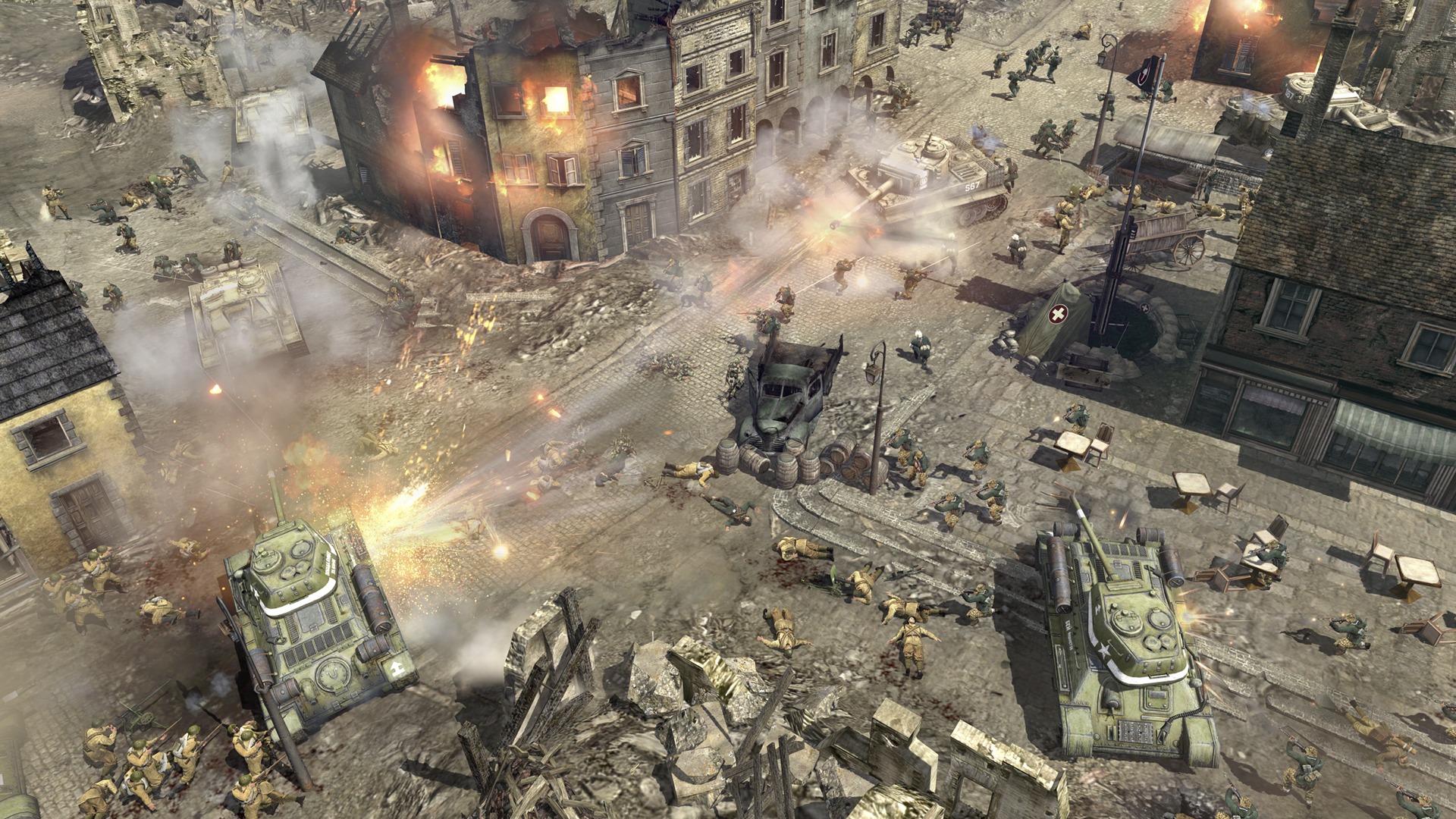