Mac Platform: Intel
Includes: Pre-K’ed
OS version: 10.14
Processor type(s) & speed: Core i5 3Ghz
RAM minimum: 4 Gb
Video RAM:
DRM-free GOG version
About the game
In Edna and Harvey: The Breakout, young Edna wakes up in the padded cell of an insane asylum with no memory of her past or how she ended up there. Only one thing is for certain: She has been wrongfully imprisoned and will have to escape! After all, she feels entirely sane – and her speaking stuffed toy bunny Harvey wholeheartedly agrees. Together they undertake a daring breakout attempt, meeting up with numerous oddball inmates, like the Man in the Bee’s Costume or Siamese twins Hoti and Moti. But Dr. Marcel, the sinister head of the institute, will do everything in his power to stop Edna. What evil scheme is afoot? Slowly, Edna begins to regain her memories of the past.For “Edna & Harvey: The Breakout – Anniversary Edition”, Daedalic’s classic has been redrawn and received a complete overhaul: high resolution visuals, new technology, intuitive controls – it’s a truly insane adventure. Experience this quirky cult classic with Edna & Harvey anew, but better than ever before – or discover this gem for the first time! Time to go crazy! When Edna wakes up, she has no memories of her past, or why she finds herself in the padded cell of a sanatorium. Though she hasn’t the slightest idea how she ended up in a cell, one thing is certain: She wants to get out of there!
After all, she feels positively sane – and her talking plush bunny Harvey absolutely agrees.
Together they try to make their escape and meet the weirdest inmates – from a man in a bee costume to the pseudo-siamese twins Hoti and Moti. But Dr. Marcel, the head of the sanatorium, does everything in his power to stop Edna from leaving. What is his endgame? And why has her memory been wiped? Bit by bit, Edna remembers the time before the sanatorium…
Features
Beautiful and unique graphics, completely hand-drawn in 2D.
Challenging puzzles, hours of dialogue, and over 120 unique locations!
As you play the game for the second time, big furry rabbit ears will start growing out of you!
Switch at will between old and new visuals
More than 20 hours of bizarre humor and crazy adventure fun
A plethora of funny characters and insanely entertaining dialogues
A unique comic-style in a new interpretation
Modernized technology, improved controls – all polished and state of the art
System Requirements
Minimum
OS: OSX 10.14 or later
Processor: Intel Core i5 or higher6000+, 3.0GHz or higher
Memory: 4 GB RAM
Graphics: Intel HD Graphics 4000 or higher (requires Metal)
Storage: 3500 MB available space
Sound Card: Sound Card with latest drivers
Languages
Text + Audio: English, Deutsch
Text only: français, русский, 中文(简体), 中文(繁體)
More info:
https://www.gog.com/game/edna_harvey_the_breakout_anniversary_edition 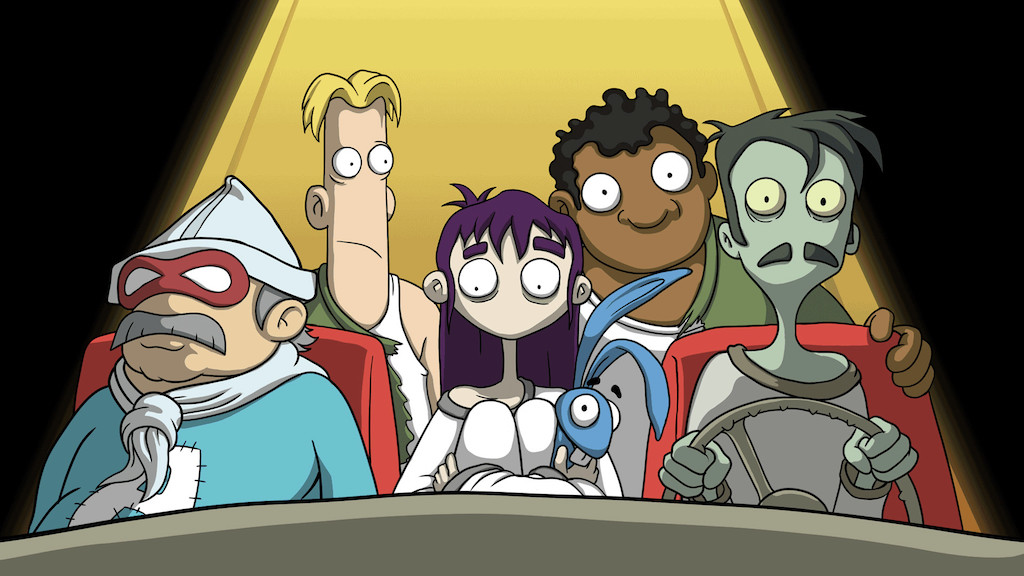