Description of Hero of the Kingdom: The Lost Tales 1 1.0.4

Embark on a dangerous quest to save the city from the dragon threat.
In your travels around the world, you come to a city that has just experienced a dragon attack. No one knows where the terrible beast came from. While people live in fear, a little boy, an orphan named Brent, dreams of courageous acts that will bring him recognition. The desire for justice brings you to a joint quest with Brent. You have to go into the dangerous wilderness, find the dragon and fight the greatest struggle of your life. Your heroic courage and your skills will save the city from evil.
Features:
Explore the beautiful country and find the dragon’s lair.
Help people and complete many interesting quests.
Fight monsters and learn many skills.
Find hundreds of useful hidden items.
Earn up to 26 achievements.
More information: https://store.steampowered.com/app/1249130

Screenshots of Hero of the Kingdom: The Lost Tales 1 1.0.4 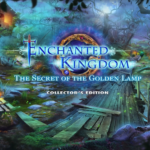