iShowU Studio 2.2.1 Easy screen recording & editing on your Mac: that’s the core idea. Built from day one with this in mind, it’s easy to capture what you want; add text, annotations, pointers and highlights and then share your result. Features you’ve come to expect in the iShowU “series” have been supercharged: screen & camera capture, mouse highlighting and keyboard animations take on a new lease of life now that you can edit when and how they appear. Did we mention we’ve reworked uploading too? Take the best realtime capture, mix in “time” – and voila, iShowU Studio!

An uncluttered yet useful screen recording interface, with the editing tools you need directly accessible.

Mouse and keyboard visualization, audio annotations: just some of the tools tailored specifically for the creation of ‘screen based’ content.

Designed from the beginning to both operate and look fantastic when in full screen.

iShowU Studio is aware of colour-tagged footage, giving you accurate results all the way from import, preview through to final render.

Get your result “out there”! The entire “share” panel focuses on what your end users need. Quicktime? No problem. Web? No problem! iDevices1? Yep! 1080p? Sure! YouTube, Vimeo as well? You got it!

Capture directly from your iOS device, create beautiful demos of your iOS apps with ease!

Plug in any OS X compatible camera and capture footage from that in realtime. Or add it later, your call. 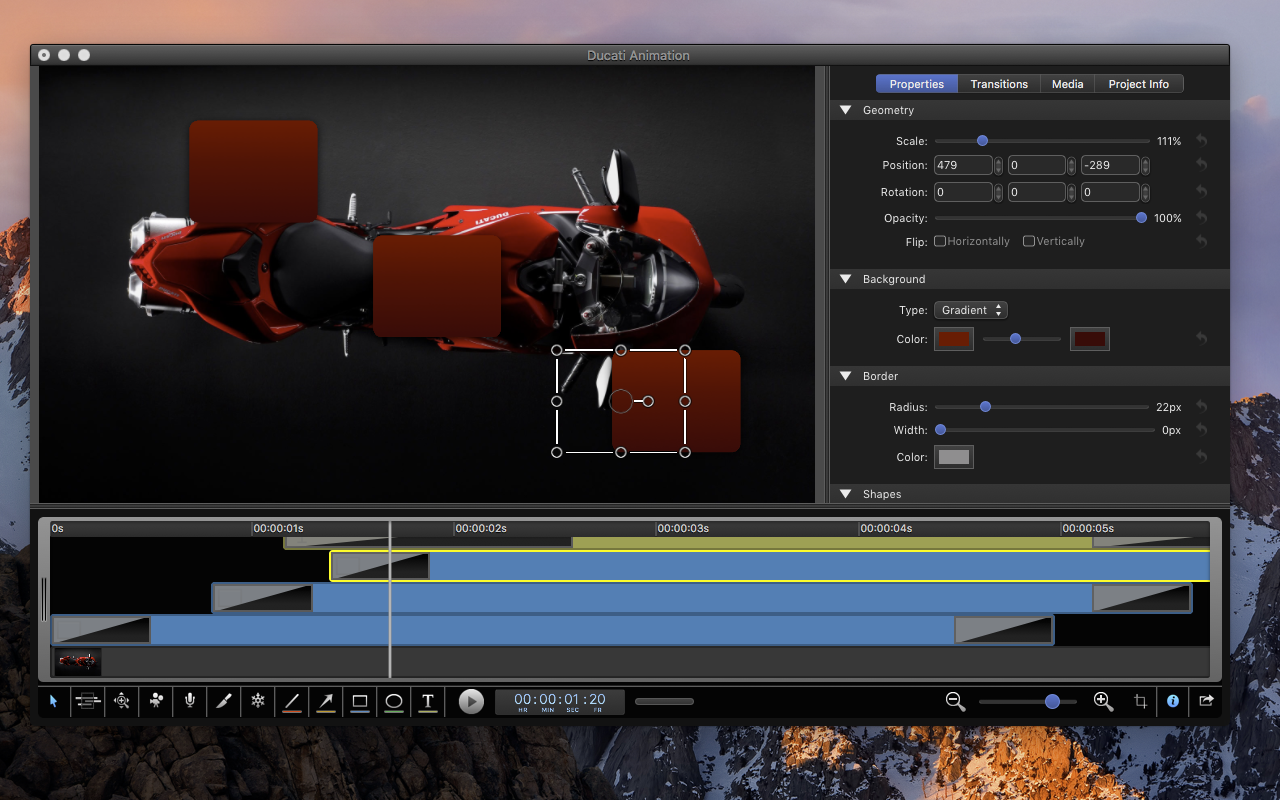