WHY PLAY ONLY ONE GENRE OF GAME when you could be playing two slightly different ones at the exact same time?
BEN is a die-hard, old-school LucasArts Adventure fan.
He has one foot stuck in the 90s, his feet never leave the floor, and he’s happiest collecting any old junk he can lay his hands on, in the hopes of combining it all together to solve a satisfying puzzle.
His cohort and sidekick DAN
…has aspirations to be the next big hit indie platform character. He’s got everything he needs: he’s hip, he’s sensitive, and his nose is a different colour to the rest of his face.
LAIR OF THE CLOCKWORK GOD sees you switching between both characters and using their unique abilities together in a race-against-time effort to stop all the Apocalypses happening simultaneously, by teaching an old computer about feelings.
Solve classic point-and-click style puzzles as Ben to create unique upgrade items for Dan, so he can jump higher, run faster and blast away at everything with a shiny new gun. Then, run and jump as Dan to unlock new areas and exciting new puzzles for Ben!
If you haven’t played the old Dan and Ben games (you should), or you have but can’t remember what happened, there’s NO NEED TO WORRY! Lair of the Clockwork God is a STANDALONE Dan and Ben Adventure, which means you need to know absolutely nothing about Ben There, Dan That! or Time Gentlemen, Please! whatsoever. None of the original plot is referenced, the characters are re-introduced expertly, etc etc. It’s all good.
Screenshots: Show
More info: https://store.steampowered.com/app/1060600 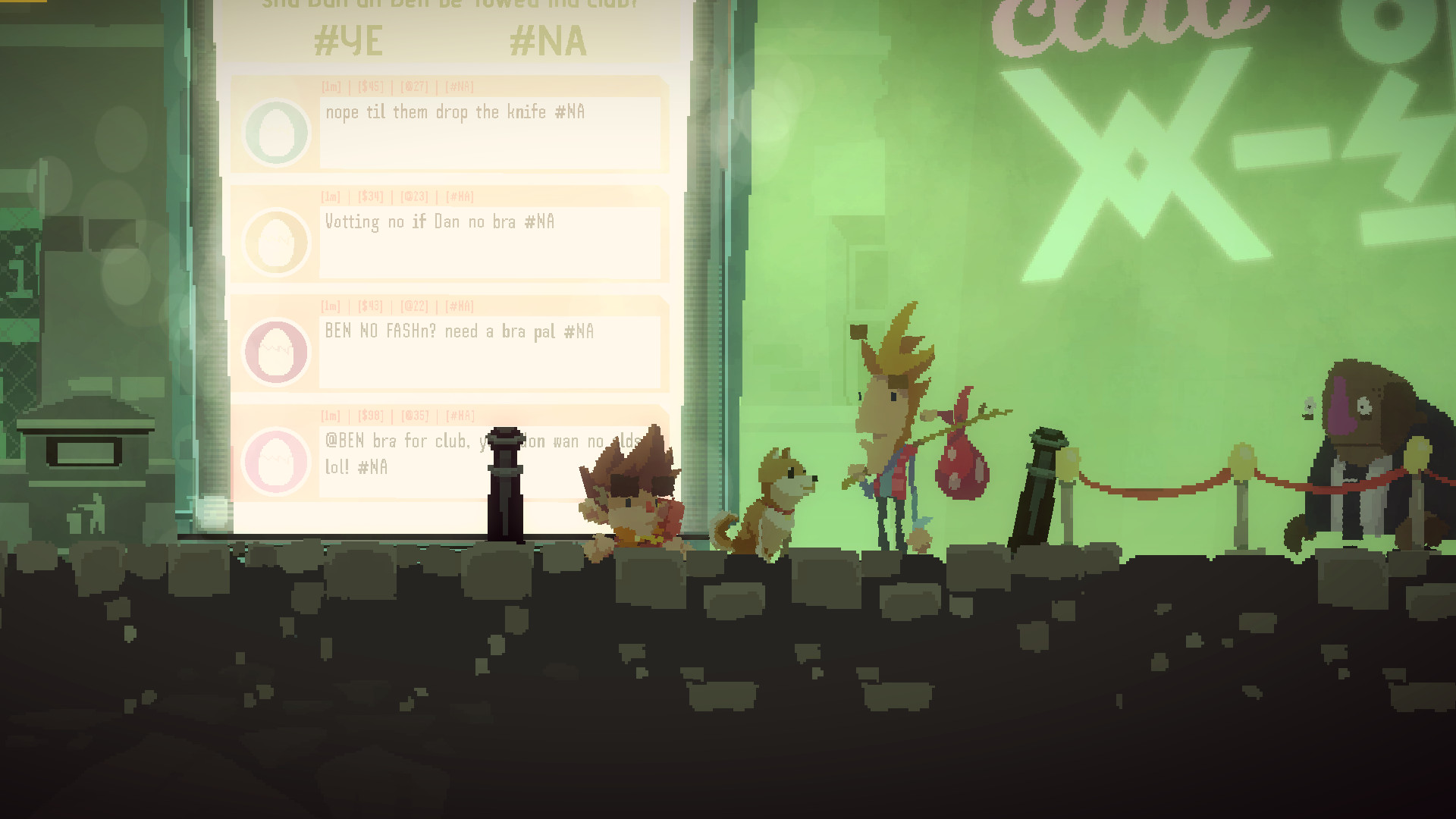