MacDroid 1.0 Transfer photos, videos, music and folders between your Mac computer and your Android device connected via USB. All you’ll need is MacDroid.
Mount Android as a disk on Mac
Both internal and external storages of Android can be mounted
Edit Android files on Mac without copying them on computer
You’ll only need MacDroid and an Android connected to Mac via USB
MacDroid supports all Android and MTP devices
Transfer your recent photos
Some great photos you just took on your Android can be transferred on your Mac or edited there even without transferring.
Work with entire folders
You can move entire folders between your Mac and Android and always have the most up-to-date documentation on your devices.
Watch a TV show on a long flight
If you have new episodes on your computer that you’d like to watch on your device while offline – MacDroid will transfer them.
Edit files directly on Android
You don’t even have to save your Android files on Mac to edit them. Just connect your phone, edit the files on Mac and save changes once done.
Add new music to your phone
Transfer your favorite tracks from Mac to Android or vice versa and enjoy the music everywhere you are.
Any MTP device is supported
Got more devices that connect in MTP mode? Work with them in MacDroid just like you would with your Android device.
Compatibility: OS X 10.10.0 or later
Homepage https://www.macdroid.app/ 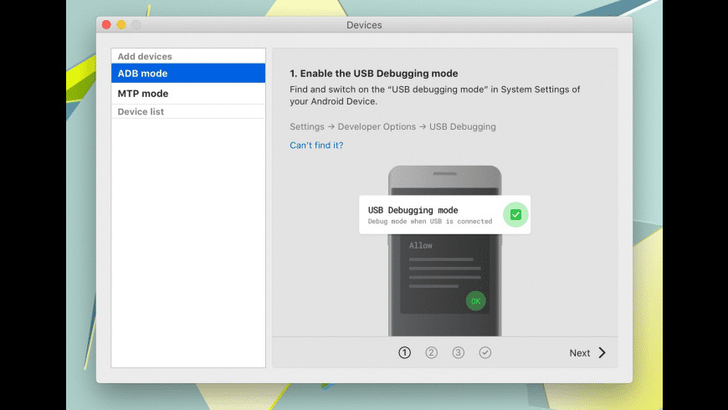