Postcards written in invisible ink reveal a secret history…
Travel back in time in the debut game from Stave Studios, OVER THE ALPS. Stay undercover, evade the police, and race across 1939 Switzerland in this Hitchcockian World War Two spy thriller.
Navigate the twists and turns of an interactive story written by Jon Ingold of 80 DAYS and HEAVEN’S VAULT fame, where each of your actions has consequences.
Features
A replayable, branching narrative with multiple endings and secret stamps to be discovered.
Beautifully rendered Swiss scenery inspired by vintage travel posters.
Determine friend from foe with a colourful cast of characters.
Choose your own route on a map filled with real-life locations, while trying to avoid the Swiss Police.
Two upcoming story updates, doubling the size of the base game, which will be included at no extra cost!
Screenshots: Show
More info: https://store.steampowered.com/app/1227400/ 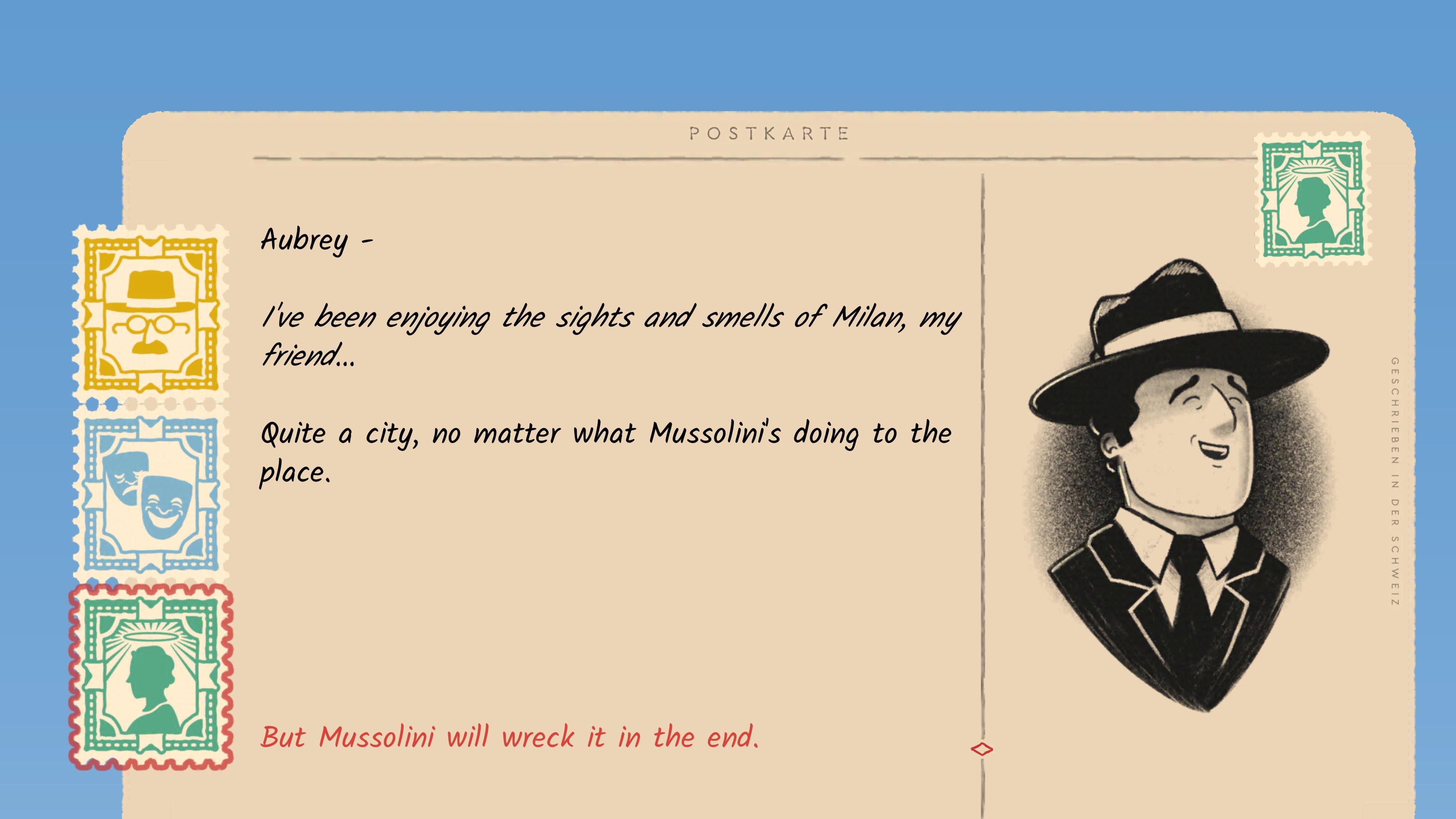