• As mentioned earlier, the P6K sensor was profiled with the same process used to profile the Alexa and various film stocks. This process involves shooting a variety of charts at different exposures covering the entire dynamic range of the sensor or film stock.
• The charts feature swatches that cover the full 360 degrees of hue, each at a variety of saturation levels. The goal is to present the sensor or stock with as much image data as possible. In the end this process generates around 14,000 data points per camera.
• I then took the visual form of this data into Resolve, linearised the P6K BMDFilm footage and created a custom a 3×3 matrix to match the colour response of the P6K to that of the Alexa’s. Because this is done with a matrix, the results are closer to a technical transform than a simple look match LUT or even a complex profiled match LUT.
• A 3×3 matrix/technical transform is how high-end post houses approach digital camera matching. It’s clean, it’s efficient, it’s elegant and it’s adjustable.

• The standard profiled LUT method of matching cameras is to take the data from each camera and run it through a program like MatchLight IMS. MatchLight IMS figures out the differences between the two cameras and generates a LUT that matches the two. This is an ok method of matching two cameras, but it’s really only necessary if one or more of the cameras exhibits non linear behaviour. Which is why it works well for matching digital to film. For matching digital to digital, this is an unnecessarily complex, inflexible method that has many downsides.
• LUTs generated by this method are in a way a snapshot of the exact conditions under which the LUT was created. Basically It’s a series of x colour becomes y colour under the precise conditions both cameras were shot in. The further the footage moves away from these precise conditions the less accurate the LUT becomes. Therefore to ensure an accurate conversion the image needs to be placed in the original narrow “slot” that the LUT expects.
• A technical transform match is different. Rather than being concerned with precise x colour becomes y colour, a technical transform uses a matrix to reshape the entire colour response of one sensor to match the colour response of another sensor. When matching two digital sensors this is a cleaner and far more elegant approach. It will still have a “slot” but no more and no different than a Color Space Transform (CST) has a “slot”.
• The transform is actually very similar to a CST. And If you’re familiar with my work, you already know all the benefits of working with CSTs.
• A crucial part of the transform process involves linearising the BMD Film footage and returning it to scene linear, which is the native way the sensor sees light. Because the transform works in the sensor’s native light space, it’s as native a transform as possible, short of Blackmagic Design integrating it in the BRAW decoding process and offering it as a colour space decoding option.
• Working in this native linear space ensures the cleanest, consistent transform possible. And because it doesn’t break 32bit float like LUTs do, theres no clipping or clamping of data. It’s completely non destructive and can even be fully reversed with zero loss in quality.
• It’s also fully adjustable. So unlike profiled match LUTs that need a profile for every common light source, a 3×3 matrix is a broad enough transform that it might not need adjustment under a different source. And if it does, it can be adjusted with one or two sliders, or it can even be switched out completely with the included Hue v Hue/Sat version, for even easier editing.

• For the LUT versions, I created them in a way that mitigates some of the issues LUTs commonly have. The LUT versions still feature the same identical 3×3 matrix, but in LUT form.
• One of the biggest limitations with most LUTs is that they clip any information that exceeds the top of the waveform, so basically any value above 1.0. This is a big issue with BMPCC footage as enabling Highlight Recovery or working with any ISO above 400, pushes valuable information above 1.0, where it is permanently clipped.
• With this BMPCC specific requirement in mind, I developed the LUTs to accept and work with values exceeding 1.0. So no matter if you enable Highlight Recovery or push the ISO to 6400, the LUT is able access and process all the information extending above 1.0.
• Note: Not all software works with LUTs that are able access image data above 1.0. In testing, Lumetri in Premiere Pro did not accept these LUTs. I’ll work to resolve this, but in the meantime I have created a work around. See LUT Version below.
NO SNAKE OIL

⁃ P6K to Alexa LogC ISO400 and ISO800 LUTs: Transform Blackmagic Design Pocket 6K Film Gen 4 to match the Alexa in it’s native LogC format. Two main versions, Input Scaled to work with data above 1.0 input, and Standard to work with software that doesn’t support the former feature. Standard also comes in two versions. ISO400 and ISO400-
ISO800. The latter allows you to decode BRAW ISO800 images as ISO400 to prevent excursions above 1.0 input. Then the LUT internally increases the exposure to match native ISO800 footage. These LUTs will require a Rec709 output conversion such as one of the ARRI LogC2Video LUTs below or any other LUT or Color Space Transform designed for ARRI LogC footage.
⁃ P6K to Alexa LogC ISO400 and ISO800 Balanced LUTs: Same as above, but the matrix has been adjusted to remove the typical Alexa green cast. It won’t be an exact match to an Alexa, but can sometimes speed up image balancing.
⁃ ARRI LogC2Video LUTs: The latest ARRI LogC to Rec709 LUT in four different curves. Standard, Wide Dynamic Range (WDR), WDR Highlights and WDR Roll-Off. For a comparison of all four scroll down.
⁃ Post-Production Rec709 LUTs: The P6K BMDFilm to Alexa LogC conversion combined with the three Rec709 output LUTs above. Created at x65 precision.
⁃ In-Camera/On-Set Rec709 LUTs: Same as above but created at x33 precision for compatibility. Used to preview the transform on the P6K or external monitors. Designed to work when shooting ISO400, or ISO800 and above.
⁃ No Snake Oil

⁃ P6K2Alexa PowerGrade: Transform P6K BMDFilm or P6K Linear from BRAW to match the Alexa in it’s native LogC format. Basically the source code for almost everything above except for the Input Scaled and WDR versions of the LUTs.
⁃ The P6K2Alexa PowerGrade allows you to adjust all aspects of the P6K to Alexa transform. You can make adjustments to the core 3×3 matrix, or if that’s too difficult I’ve included an easy to edit Hue vs Hue/Sat Curve approximation of the matrix. You can also adjust the shadow/highlight tint curve and tweak the highlight roll-off curve to taste.
⁃ P6K2Alexa Balanced PowerGrade: Same as above but I’ve tweaked the matrix to remove the typical Alexa green cast.
⁃ P6K2Alexa ACES PowerGrade: The P4K2Alexa transform for use in ACES workflows.
⁃ In-Camera/On-Set Rec709 LUTs: The P6K BMDFilm to Alexa LogC conversion combined with Rec709 LUTs. Used to preview the transform on the P6K or external monitors. Created at x33 precision for compatibility. Designed to work when shooting ISO400, or ISO800 and above.

⁃ If you mainly grade in Resolve, the PowerGrade is the way to go. The PowerGrade gives you maximum flexibility and quality, while also allowing you to make adjustments to the transform.
⁃ If you grade in Premiere or any other NLE, or you just want to apply LUTs to quickly get footage out, then LUTs are the way to go. Just be aware that the Input Scaled versions may not work correctly in your NLE. You may need to use the workaround or accept slightly clipped highlights.

⁃ Along with the latest ARRI Rec709 LUT, there are three extra variations included.
⁃ Alexa Wide Dynamic Range (WDR) modifies the incoming image information with a pre-curve. The curve reveals extra detail in the highlights and shadows without modifying image saturation. It lowers the intensity and harshness of highlights without losing image definition and without making them appear dull and lifeless, which is common in curves that manipulate highlights/roll-off. It doesn’t shift middle gray, so it’s also suitable for in camera monitoring.
⁃ Alexa Wide Dynamic Range (WDR) Highlights is the same as the standard WDR version, but it only affects the highlights. The image from middle gray down is unaffected. Comparison image coming shortly.
⁃ WDR Roll-Off Introduces a film like roll-off into to the highlights. It will dull the highs, but the effect is reduced as it is under the WDR pre-curve. The roll-off can be fully adjusted in the PowerGrade version.
More information – https://juanmelara.com.au/products/bmpcc-6k-to-alexa-powergrade-and-luts 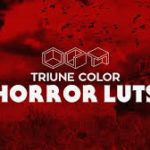