GET READY TO ENTER A NEW ERA OF PHYSICS PLATFORMING
Polyball is a modern take on classic ball rolling games such as Super Monkey Ball, Marble Madness, and Marble Blast – while taking cues from games such as the Sonic series, Trackmania, and Mario Kart.
A BIT ABOUT POLYBALL:
There’s a lot to do in Polyball — Challenge yourself or a friend to one of over 60 levels included in the initial release, with plans for many more levels via DLC. If you’ve got some friends over and are looking for something to play, Polyball’s splitscreen multiplayer promises a good time. With classic modes like Battle and Trails, as well as a multiplayer version of the single-player experience, Polyball promises to be a must-have party game.
CASUAL, COMPETITIVE, OR BOTH:
With global leaderboards built right into the level select menu and pregame screen, you can see where you stand among the worlds best and race against their ghosts. If you’re more interested in beating your friends, check out the friends-only leaderboards. Collecting shards during your single-player journey will unlock a vast array of customization options, from different ball models to particle effects. This customization carries over into your high-score ghost, online races, as well as local multiplayer having its own version of the customization system designed for split-screen play.
FOR THE PEOPLE, BY THE PEOPLE:
If you’ve mastered every challenge we put into the game, take a look at the Steam Workshop content to face a whole new set of challenges. Community made content will bridge the gap between developer and player as well as provide a steady stream of new content for you to experience. Steam Workshop gives the players a voice, allowing for the mechanics and level designs of Polyball to stretch far beyond what we had initially put into the game. With a built-in level editor easily accessible from the main menu creating content is a breeze, it even supports custom model and texture importing!
A BIT ABOUT US:
The first full release from digital design practice Studio Monolith, Polyball is an experiment in low-poly visuals and open-ended game design. Our approach with the project was to make the kind of game we used to play, something that had both casual appeal and a limitless competitive ceiling. It was also a genre that we felt hasn’t been adequately adapted to the modern world of game design. Our vision was simple: build a game that’s easy to pick up, hard to master, and fun both on and off screen.
FEATURES:
60+ levels and free DLC
Powerful customization system
Full controller support and keybinding
Splitscreen multiplayer support
Global/Friends Leaderboards
Full soundtrack made by independent artists
Steam Workshop
Tuned mechanics and balanced levels based on community feedback
Alternate language localization
Ghosts
Level editor with custom model support
Stats display
Achievements
MULTIPLAYER MODES:
Trails
Battle
Split-Screen + Online Story Mode
More modes coming soon!
More information: https://store.steampowered.com/app/368180 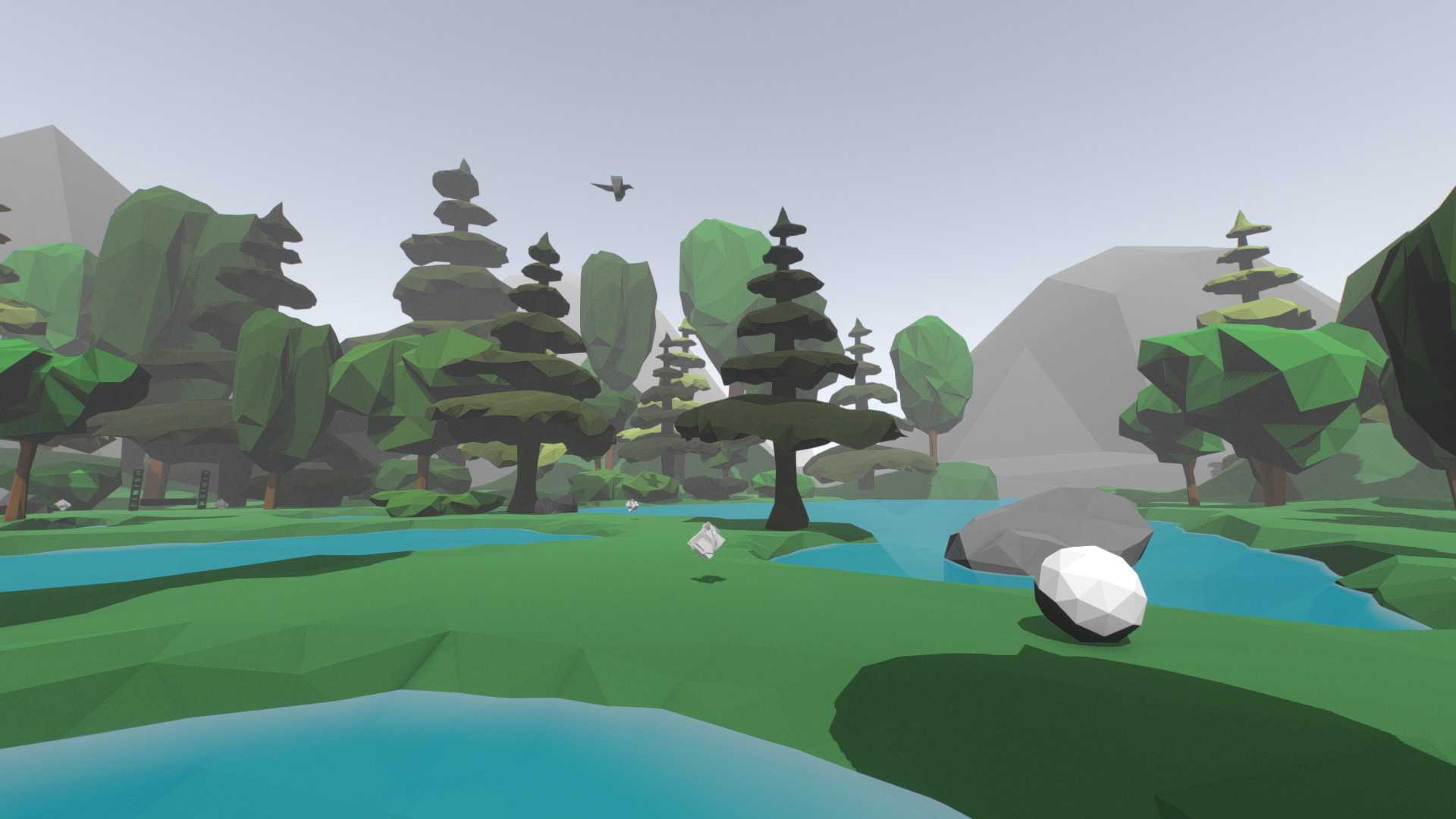