PowerPhotos 1.7.7 The ultimate toolbox for Photos on your Mac.PowerPhotos works with the built-in Photos app on your Mac, providing an array of tools to help you get your photo collection in order.
When using the Photos app to organize photos on your Mac, PowerPhotos allows you to break your photos up among multiple Photos libraries, rather than having to store all of your photos in one giant library. You can easily switch between libraries, or just browse the photos in your libraries directly from PowerPhotos, without having to open each library in Photos. PowerPhotos also supports searching across all your libraries at once to help track down a particular photo. If you use iCloud Photo Library to sync photos with your other devices, splitting up your library can help save on iCloud storage costs. Use a single library to hold a smaller collection that you sync with iCloud, while keeping the bulk of your photos in separate libraries so they don’t take up space on iCloud. PowerPhotos can analyze your libraries for duplicate photos, showing them to you side by side and letting you get rid of extra copies of photos that you no longer need. Create and manage multiple libraries PowerPhotos lets you create multiple Photos libraries, instead of having to keep all your photos in a single library. This lets you speed up Photos by having smaller libraries, archive old photos that you don’t use much, or organize photos in different categories or projects. The possibilities are endless! Browse and search Use PowerPhotos’ image browser to quickly view your photos without having to open Photos itself. You can also search for photos in a single library, or across all your libraries at once. View detailed photo metadata The list view in PowerPhotos gives a detailed summary of your photo metadata, such as dates, descriptions, faces, keywords, and more. Easily reveal an item in Photos, or in the Finder. Find duplicate photos It can be easy to have multiple copies of the same photo creep into your photo libraries. PowerPhotos lets you search for duplicates in one or more libraries, view them side by side, and separate them into albums where you can easily delete them from your library. Migrate your iPhoto/Aperture libraries If you have a lot of existing iPhoto or Aperture libraries that you want to migrate over to Photos, PowerPhotos will help automate your migrations so you don’t have to spend time babysitting this lengthy process.
Compatibility: macOS 10.12 or later 64-bit
Homepage – https://www.fatcatsoftware.com/powerphotos/ 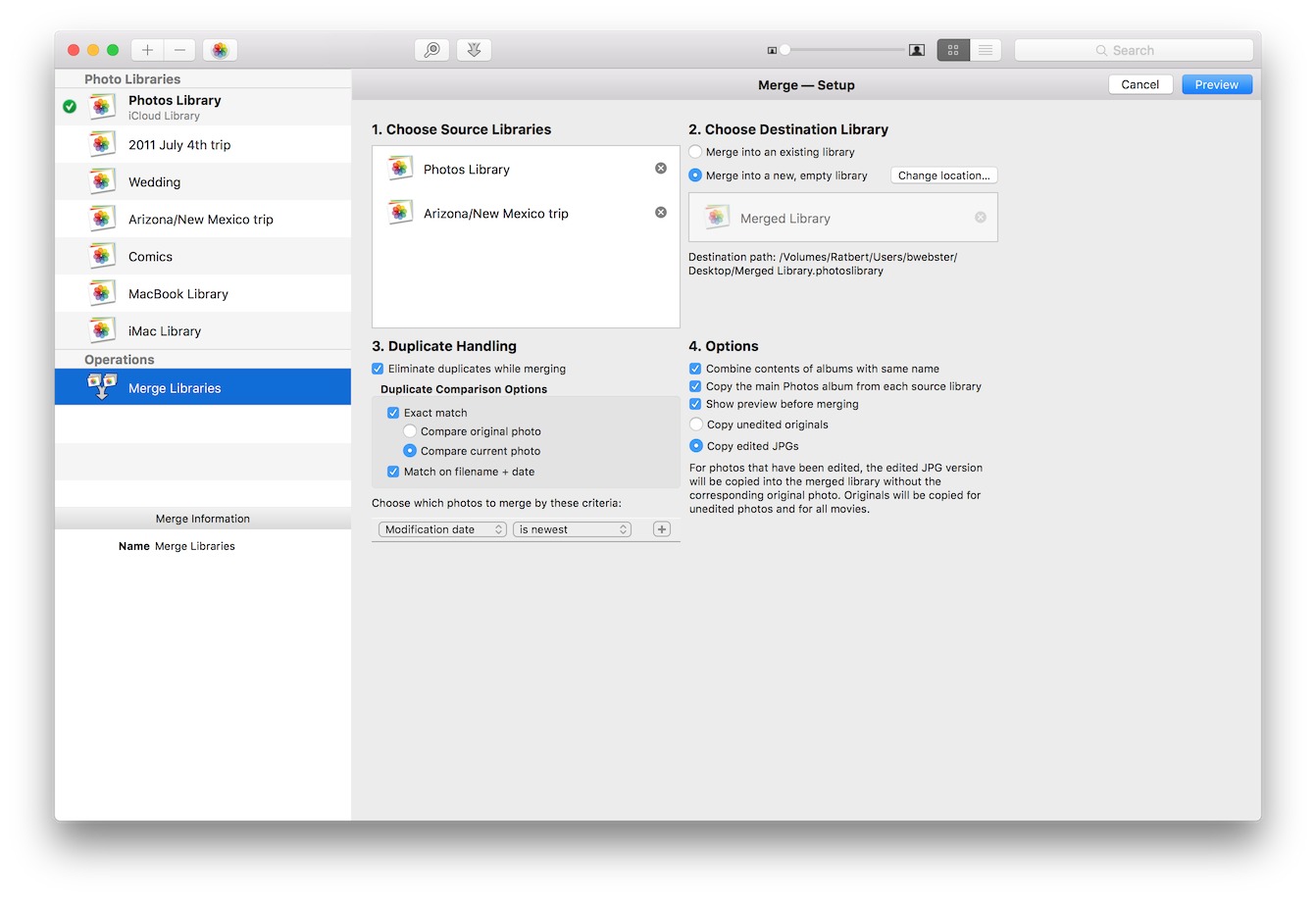