From the developers of NeuroVoider, ScourgeBringer is a fast-paced free-moving roguelite platformer, much like a crossbreed between Dead Cells and Celeste.
Set in a post-apocalyptic world where a mysterious entity wreaked havoc on all humanity, ScourgeBringer puts you in the shoes of the deadliest warrior of her clan: Kyhra. Help her to explore the unknown and slash her way through ancient machines guarding the seal of her past, and maybe the redemption of humanity.
Features
Get the raw feel of a metroidvania through a fast paced rogue-lite
Slash and shoot your way smoothly with super fluid platforming controls
Sharpen your skills with a frantic combat system focused on attacks only
Dash forward to the otherworldly adaptive sounds of Joonas Turner (Nuclear Throne, Downwell, Broforce…)
Defy hordes of unspeakable enemies and giant bosses holding the secrets of the Scourge
Explore the infinite depths of an ever-changing dungeon
Uncover mysteries and find mementos of previous explorers to unlock reality defining secrets
ScourgeBringer is being made with the help of the community!
More information: https://store.steampowered.com/app/1037020/ 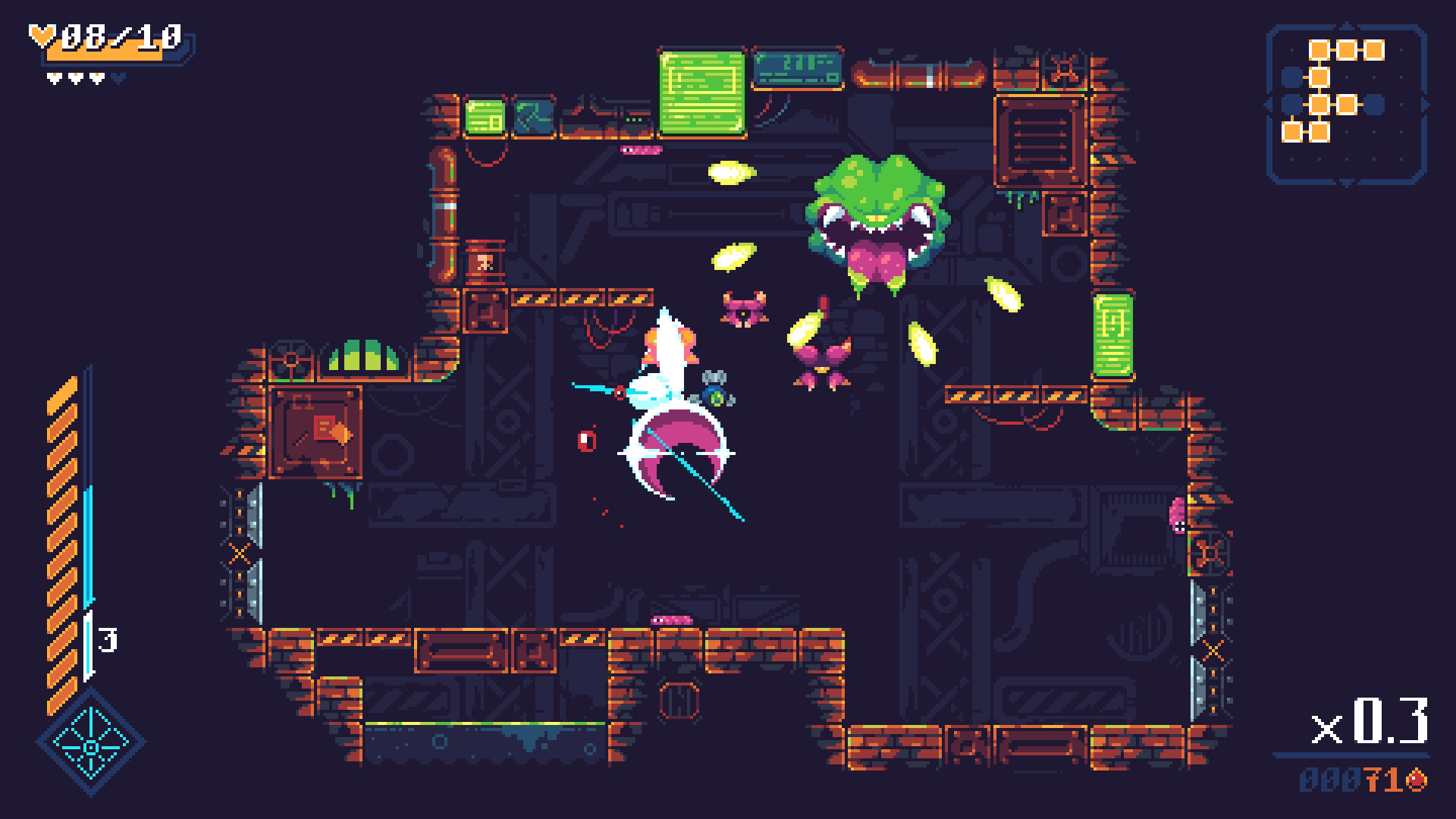