Description of The Letter 2.3.1

The Letter is an interactive, horror/drama visual novel inspired by classic Asian horror films, Ju-ON: The Grudge and The Ring. Told through an immersive branching narrative, the game puts the players into the shoes of seven characters as they find themselves falling prey to a vicious curse plaguing the Ermengarde Mansion for centuries.
In this game, your choices will shape and drive the story forward: will you mend a relationship on the verge of collapse, or will you let it fall apart? Will you risk saving them, despite the consequences, or leave them to die a gruesome death? The fate of all the characters is in your hands.
Features
This is a hardcore visual novel with over 700K words. Expect a lot of reading!
Romance, friendship and drama; apart from horror, the game puts heavy emphasis on relationships and character development.
Non-chronological storytelling with 7 playable characters, each with varying personality and approach to difficult situations.
Countless butterfly effects; your choices heavily affect the story.
Full English Voice Acting (optional).
Animated backgrounds, CGs and sprites.
Beautifully painted art style, with over 80 backgrounds, 100 CGs and 50 Epilogue CGs (variations included).
Original soundtrack, with opening, ending and true ending theme songs.
Quick-Time Events (optional).
A branching tree that keeps track of your progress/route.
A journal that narrates the events in chronological order, and jots down the clues found about the Ermengarde Mansion.
Over 170 achievements.
More information: https://store.steampowered.com/app/460430/

Screenshots of The Letter 2.3.1 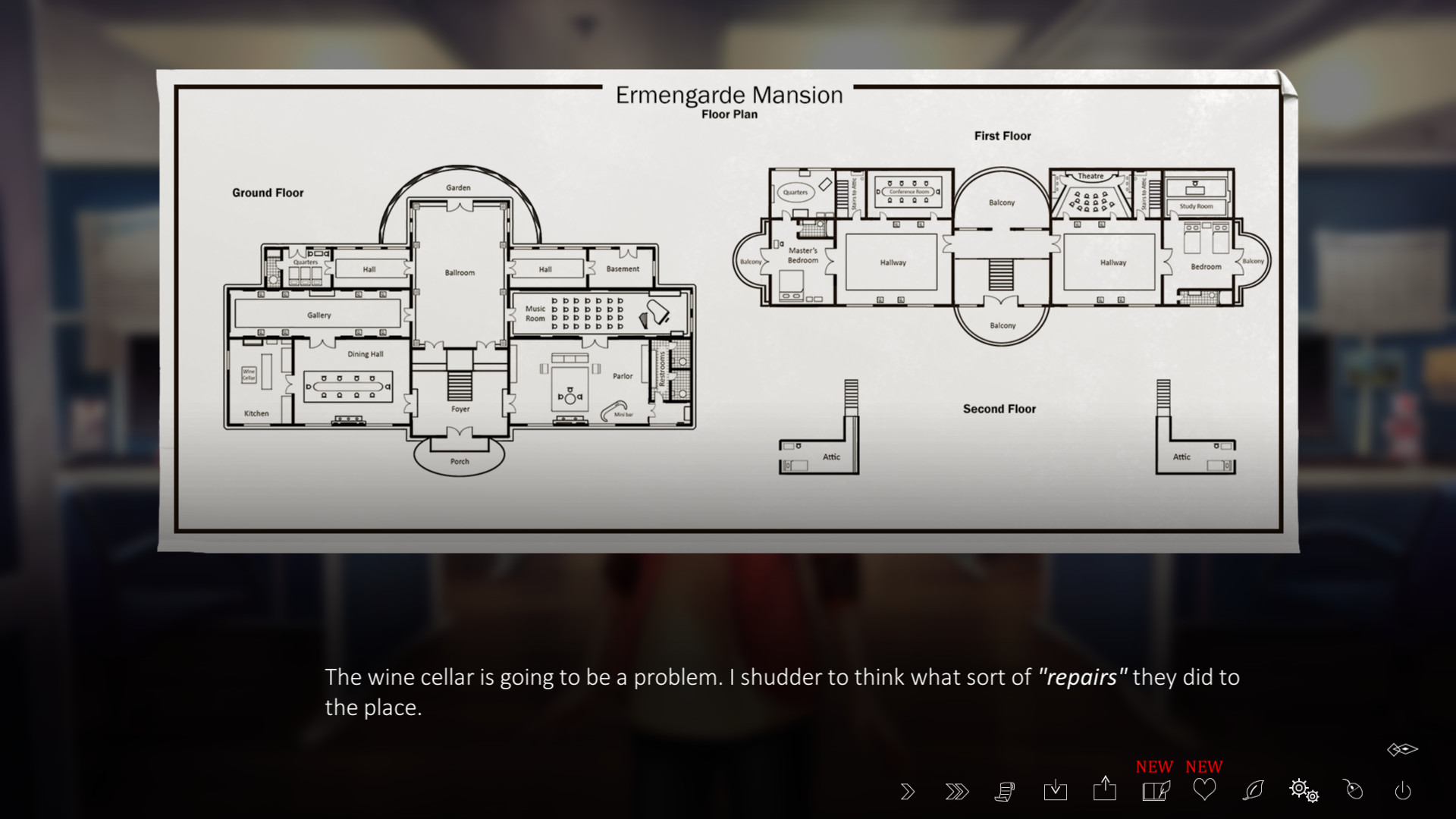