DEFEND YOUR WORLD. DESTROY THEIRS.
Total War: WARHAMMER II is a strategy game of titanic proportions. Choose from four unique, varied factions and wage war your way – mounting a campaign of conquest to save or destroy a vast and vivid fantasy world.
This is a game of two halves – one a turn-based open-world campaign, and the other intense, tactical real-time battles across the fantastical landscapes of the New World.
Play how you choose – delve into a deep engrossing campaign, experience unlimited replayability and challenge the world in multiplayer with a custom army of your favourite units. Total War: WARHAMMER II offers hundreds of hours of gameplay and no two games are the same.
World-Spanning Conquest:
Engage in statecraft, diplomacy, exploration and build your empire, turn by turn. Capture, build and manage teeming settlements and recruit vast armies. Level up Legendary Lords and Heroes and arm them with mythical weapons and armour. Negotiate alliances or declare Total War to subjugate any that stand between you and your goal.
Epic Real-Time Battles:
Command thousands-strong legions of soldiers in intense tactical battles. Send forth ferocious, twisted monsters, fire-breathing dragons and harness powerful magic. Utilise military strategies, lay ambushes, or use brute force to turn the tide of combat and lead your forces to victory.
Conquer the world, together:
Each of the Races in Total War WARHAMMER II will be playable in single and multiplayer campaign, plus custom and multiplayer battles. As the two Legendary Lords for each race all have their own unique campaign start positions, you’ll be able to play a 2-player co-op campaign as the same race. If you own both parts 1 and 2, you’ll be able to play in multiplayer as any of the races you own.
More information: https://store.steampowered.com/app/594570 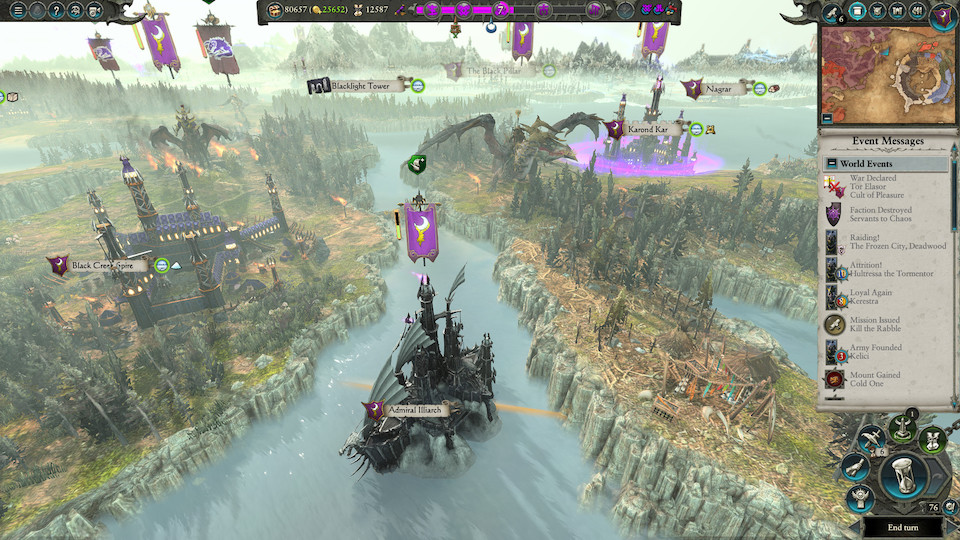