Approved by staff as early access
Urtuk is an open world, tactical turn-based RPG in a low-fantasy setting.
Guide your band of adventurers through the ruins of an ancient world. Recruit new followers, loot the corpses of your fallen foes, and do your best to survive in this harsh and unforgiving realm.
Features
Survival RPG with focus on combat and open-world exploration in a dark fantasy setting
Turn-based, tactically rich combat on large maps, with multiple environmental factors and a carefully crafted class/skill system
Procedurally generated survival campaign
Extract character upgrades directly from your fallen enemies
All graphical assets are hand drawn, from characters, monsters and objects, to the world map and battlefields
More information: https://store.steampowered.com/app/1181830 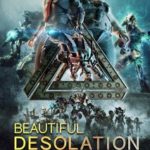